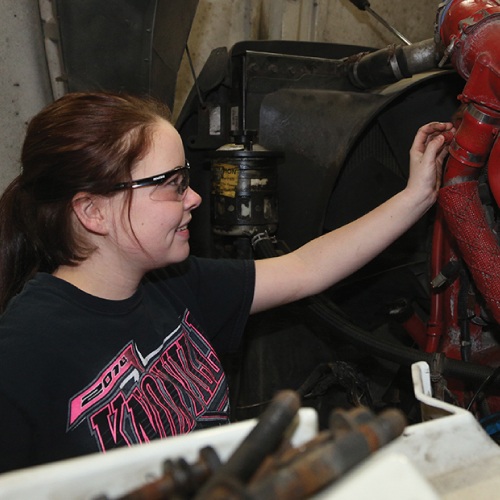 Careers You Should Consider

Stereotypical career gender roles are slowly changing. No matter your gender, as long as you posses the skills and have the desire, you can do the job. Many men and women are now seeking non-traditional careers. According to the U.S. Department of Labor, non-traditional is described as an occupation where a particular gender comprises twenty-five percent or less of total employment. Careers such as electrician or mechanic for women and nurses or home health aides for men. Central Tech takes pride in the number of their students who are heading down the non-traditional career path.

Female students like Katherine Hayes who is taking Pipeline Technology where she is learning how to locate, inspect, and maintain pipelines along with the cathodic protection process for corrosion control.

Hayes has grown up in the industry. “My whole family is in the oil industry, and I’ve been interested in working in it since I was five,” says Hayes.

She says Central Tech is helping her get the certification she needs to be a pipeline inspector. Hayes hopes to work for ONG or ONEOK after she completes her coursework.

Now she isn’t the only woman going into non-traditional careers. Winter Christensen and Ashley Morris are learning how to work on motorcycles and watercraft also known as Powersports.

Morris is a junior at Cushing High School and says, “I’ve grown up around motorcycles and 4-wheelers. My father is an auto mechanic, and I’ve helped him work on cars. I’ve learned a lot at Central Tech and because of my background helping my dad, as a first-year student, I was able to tear down and rebuild an engine in one day.”

After she completes the program next year, Morris plans on attending college to further her mechanic knowledge. When asked what it’s like to be a woman in traditionally a man’s field, her reply, “Anything a guy can do, a girl can do too.”

Christensen, a senior at Cleveland High School, is in her second year of Powersports and says she enjoys working on small engines. She actually worked on her grandfather’s 4-wheeler and discovered how much she enjoyed the mechanical work so she enrolled in Central Tech’s Powersports program.

When asked if the guys in class give her a hard time, she says not near as much as she gives them. Her take on girls as mechanics, “It should be a girl’s job. Girls have more patience than guys do which helps them fix the engine faster,” says Christensen. She hopes to open her own motorcycle mechanics shop one day.

Cushing senior Lacy Butler has dreamed of being an electrician since she was ten and went to work with her stepdad. When she was old enough, she enrolled in Central Tech’s Electrical Trades program.

“I like to work with my hands and I’m learning a lot more at Central Tech. They are pulling me out of my comfort zone,” says Butler.

Sometimes it’s not about your comfort zone, it’s more about the smell. At least that’s what Mahala Brown from Olive High School thinks. She likes the smell of hot metal in her welding class and the projects they create like BBQ smokers.

“I love my class. I can come in everyday and make what I want,” says Brown.

When she is told “that’s a man’s job” she says she just proves them wrong and shows them that girls can do it better, and she does. She is the fastest first-year student in class and believes in her career choice.

Kellyville junior Brittany Fuller is training to become a diesel mechanic. Fuller started out helping her father work on race cars and says it was just a natural transition to big trucks.

“I like the hands-on aspect of mechanics. I’m not a girly girl and like the fact that I can wear jeans and get dirty. Anyone can do this, you just have to like it,” says Fuller.

Both of Tillery’s parents are nurses and they inspired him to enroll in the program. He wants to help and take care of people so Health Careers was perfect for him and says, “Nursing isn’t just for women, guys can do it too.”

“I want to be either a phlebotomist or go to college and become an RN, but I plan on being a Certified Nursing Assistant (CNA) to put myself through school,” says Tillery.

Zach Mounce, a junior from Depew High School, decided he wanted to be a paramedic when he was little and saw a flight for life demonstration at the Tulsa State Fair. At Central Tech, he is learning the basics to become a CNA, then study to be a first responder before going to college to become an RN.

“Going through the program as a junior gave me a chance before spending money on college to figure out that I definitely want to be a nurse before,” says Mounce.

Yale High School senior Chris McNabb is taking the Health Careers Certification program as an introduction into the medical field. McNabb hopes it will help him get his foot in the door, so he can stair-step his way up the medical career ladder to be a psychiatrist.

“I want to work my way through college as a phlebotomist versus a waiter. They make more money, and it helps me build my resumé,” says McNabb.

Central Tech is also helping him improve his leadership skills. McNabb is the HOSA vice-president and says the experience helps him form a good foundation.

For Cushing junior, Jared Hubble, being able to work as a CNA in the medical field will help put himself through college.

“I want to be a physical therapist and taking this class gives me a general idea of medical terminology and a better foundation to start college,” says Hubble, “it doesn’t matter what gender you are, anyone can do it.”

Try telling these any of these students they can’t work in a non-traditional career and they’ll say, “just watch us.”

So no matter your gender, do what you love as a career. Central Tech is preparing ALL students for high-skill, high-wage, and in high-demand careers. 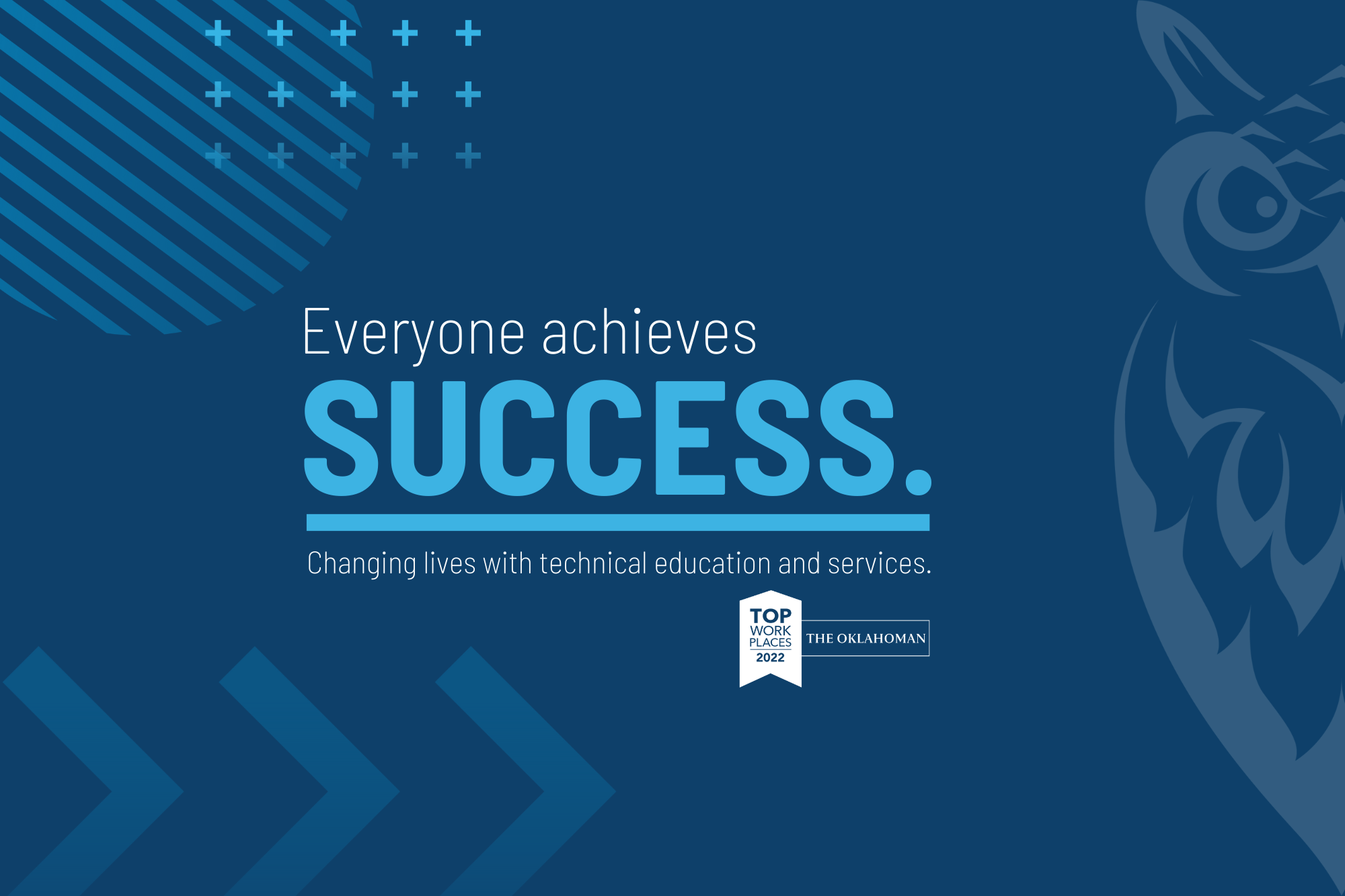 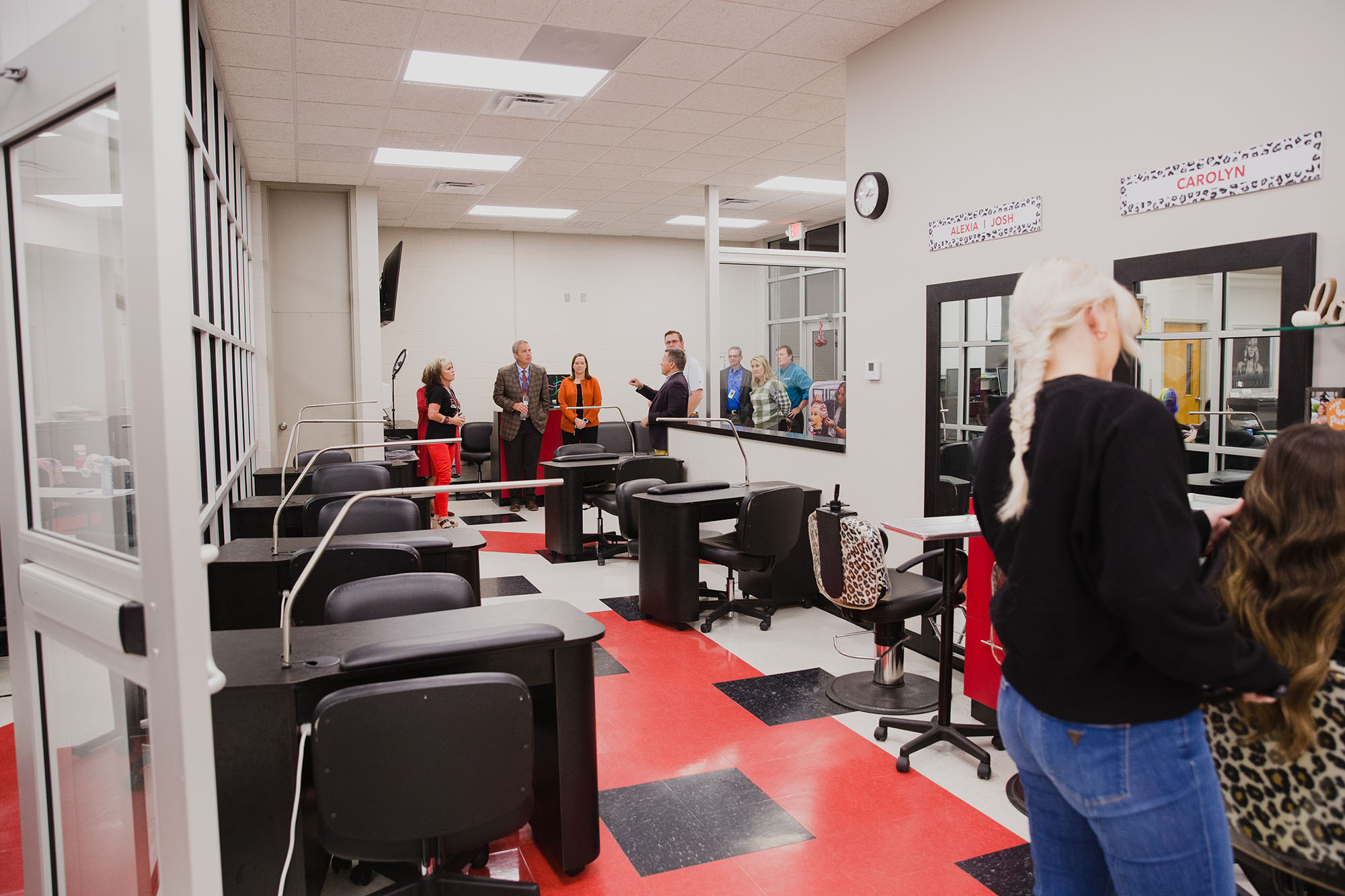